The calcite shells of planktonic foraminifera, a type of zooplankton, are widely used to reconstruct past changes in oceanography and climate. One of the key assumptions made in such reconstructions is that the organisms have a fixed depth habitat in the water column through time, regardless of hydrographic changes. To test this assumption, IO postdoctoral researcher Raul Tapia and assistant professor Sze Ling Ho teamed up with collaborators from IO-MBF and Germany. This study used a large number of plankton net samples from the upper 500 m of the water column along several transects off Indonesia. The data show that planktonic foraminifera usually used for reconstructions, such as Trilobatus trilobus and Globigerinoides ruber, have different depth habitats in upwelling and non-upwelling waters – they tend to live deeper in the presence of coastal upwelling. For paleoceanographic reconstructions, this finding implies that variations in reconstructed oceanographic variables such as seawater temperature may represent a combined response to changes in oceanography and ecology. 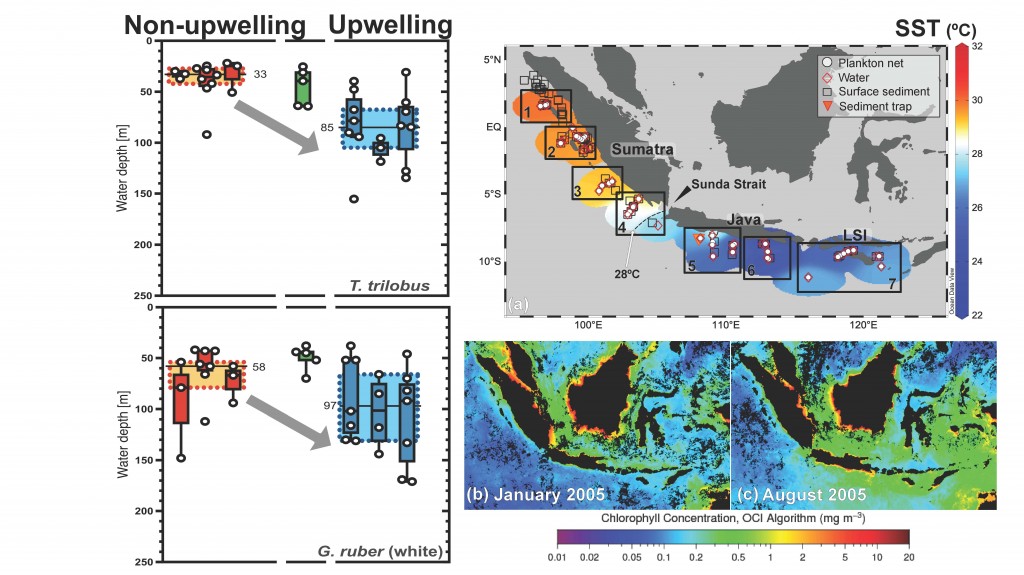 This study was recently published in the EGU journal Biogeosciences.