A research team, led by Prof. Ho-Han Hsu from the Institute of Oceanography, using newly compiled bathymetry, sub-bottom profiling and seismic data to illustrate seafloor morphology, submarine canyon networks and stratigraphic framework in Huatung Basin (HB) and an adjacent sub-basin offshore east Taiwan (Fig. 1). This work is published in Marine Geology. Based on seismic facies characteristics and isopach maps, three major stratigraphic sequences are recognized and we suggest that they could be resulted from pre- and syn-Taiwan arc–continent collision. Based on the sediment thickness and sedimentation rates, ages of the HB strata could be estimated. Pelagic sediments formed the lower HB sequence which follows the HB basement reliefs since 50-102 Ma. Then, the initiation of Taiwan orogen and Luzon Arc volcanic activities changed the deposition pattern after 5 Ma, and mass transport deposits developed in middle HB sequence. After rapid uplift of the Taiwan mountain belt since about 1.5 Ma, complex canyon-levee systems and thick strata formed the upper sequence in the northern HB (Fig. 2). In contrast, sediment thickness is thin and no submarine canyon developed in southern HB. The seafloor in South Huatung Basin is flat, except in its eastern part where couple basement ridges appeared. In North Huatung Basin, canyon-levee complex and sediment waves are the most distinct morphological features in the drainages of two submarine canyons. We propose a three-stage process for sediment wave development, and sediment gravity flow can initiate sediment waves during canyon-levee system development. This study presents the evolution of sedimentary processes in a deep sea basin and how the deposition patterns were affected by the convergent tectonics. 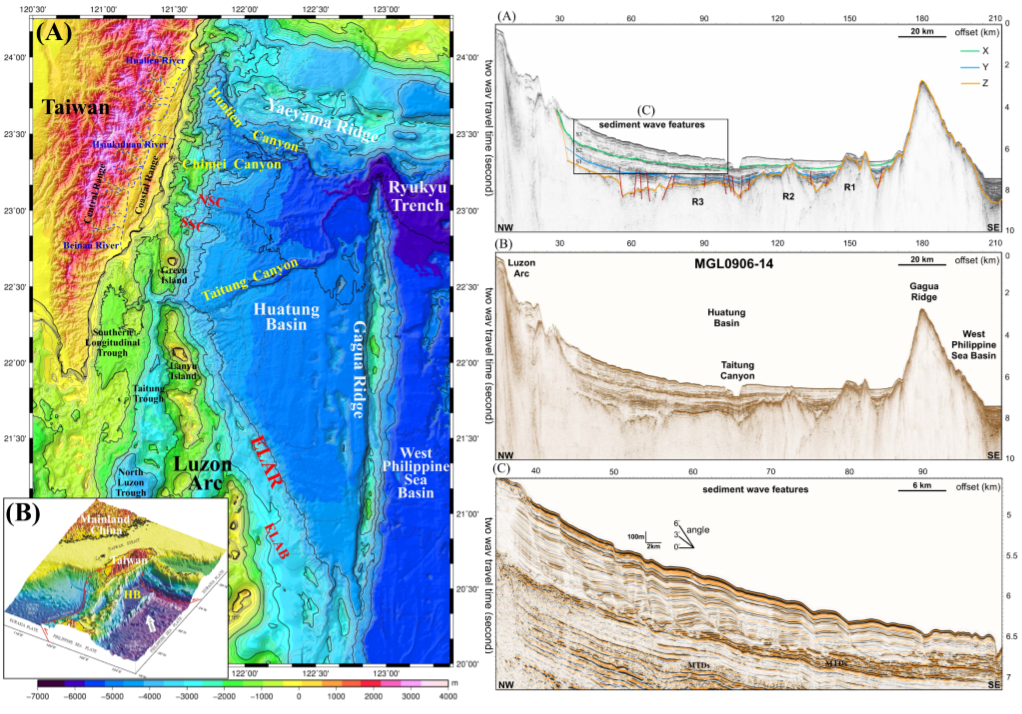 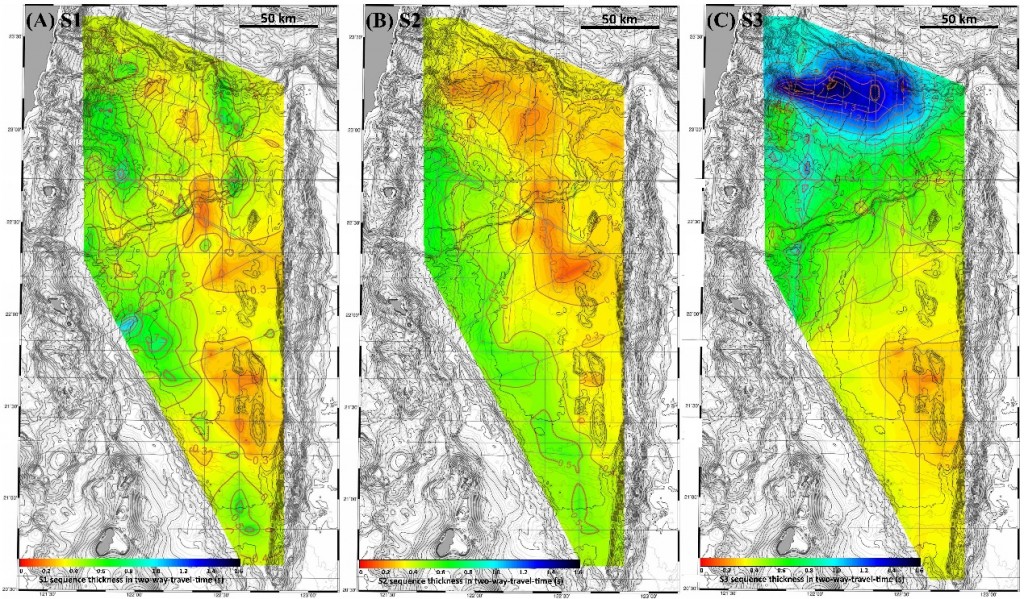