The South China Sea (SCS) is the largest marginal sea in the western North Pacific. Its surface thermal conditions greatly affect the weather and climate conditions in the sea and its adjacent landmass. Previous studies have suggested that the ocean dynamics in the SCS play a crucial role in local air–sea processes so as to the regional weather or climate system. Prof. Yu-heng Tseng and Dr. Yi-Chun Kuo used a high-resolution regional coupled model to investigate the impacts of the El Niño Southern Oscillation (ENSO) on the atmospheric and oceanic processes in the SCS during ENSO decaying winter-spring. The coupled model demonstrates the key roles of oceanic mesoscale features in the regional air-sea interaction induced by the anomalous ENSO conditions. During El Niño, the Kuroshio intrusion into the SCS is enhanced, which further modifies the upper and middle layer circulation of the SCS. The reduced planetary vorticity transport during El Niño results in a weakened cyclonic circulation. The modulations of the cyclonic circulation in the southern SCS, Vietnam offshore jet, and the coastal current during ENSO event enhance oceanic advection that favors an ocean-forcing energy exchange to the atmosphere across the air-sea interface. This study demonstrates the important roles of the mesoscale features within the high-resolution air-sea coupled models in the SCS regional climate variability. Further information can be found in Dr. Kuo’s recent publication in Ocean modelling (Kuo and Tseng, 2020). 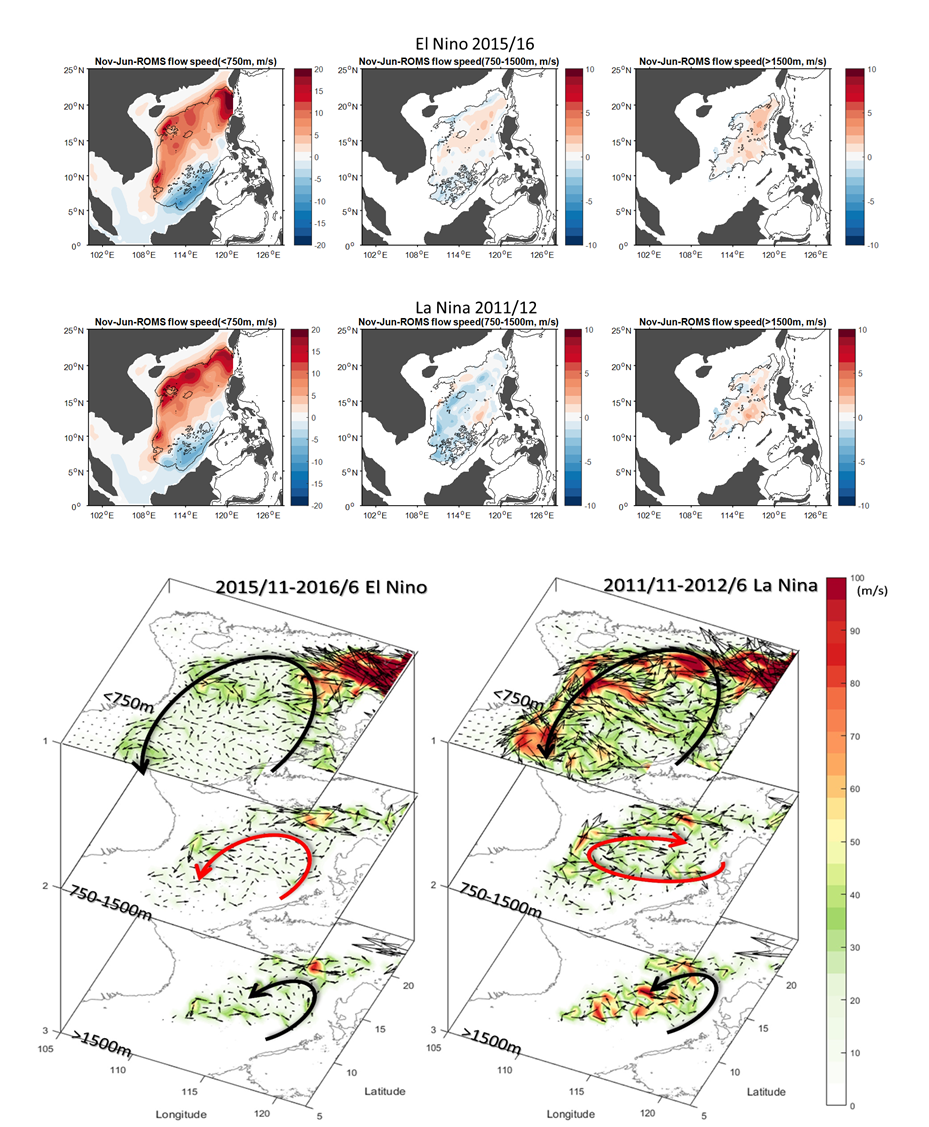