Folds and thrust faults developed in accretionary wedge off southwestern Taiwan may provide conduits for fluid migration from deep strata to seafloor as there are many seafloor seepage features formed in this area. High-resolution bathymetric data and backscatter images collected using an autonomous underwater vehicle (AUV) over three accretionary ridges are analyzed to better understand the characters, distribution, and development of the observed seepage features.

Two types of seepage features are revealed: comet-shaped depressions (CSD) occur on flanks of the ridges studied, and pingos mostly occur on or near the apexes of these ridges. These features overlie areas where multichannel seismic reflection profiles show bottom simulating reflectors (BSR) together with seismic chimneys and high amplitude reflector packages along some dipping strata extending from below BSR to near seafloor. In addition, seafloor images, rock samples, tubeworms, and push cores have also been collected by remotely-operated vehicle (ROV) to evaluate the evolution of seepages. Our results show that the rock samples have low δ13C values, indicating the source of methane-rich fluid. We suggest that there is a large volume of fluid accumulated under the pingos; these CSD are related to gas seepages as the fluid possibly migrates along the dipping strata and then blowouts on the seafloor where the dipping strata were cut at seafloor, forming these depressions.

Finally, we surmise that two types of seepage features were formed at different seep rates, with pingos developed slowly and continuously over time, while CSD formed in discrete events, perhaps triggered by large earthquakes. 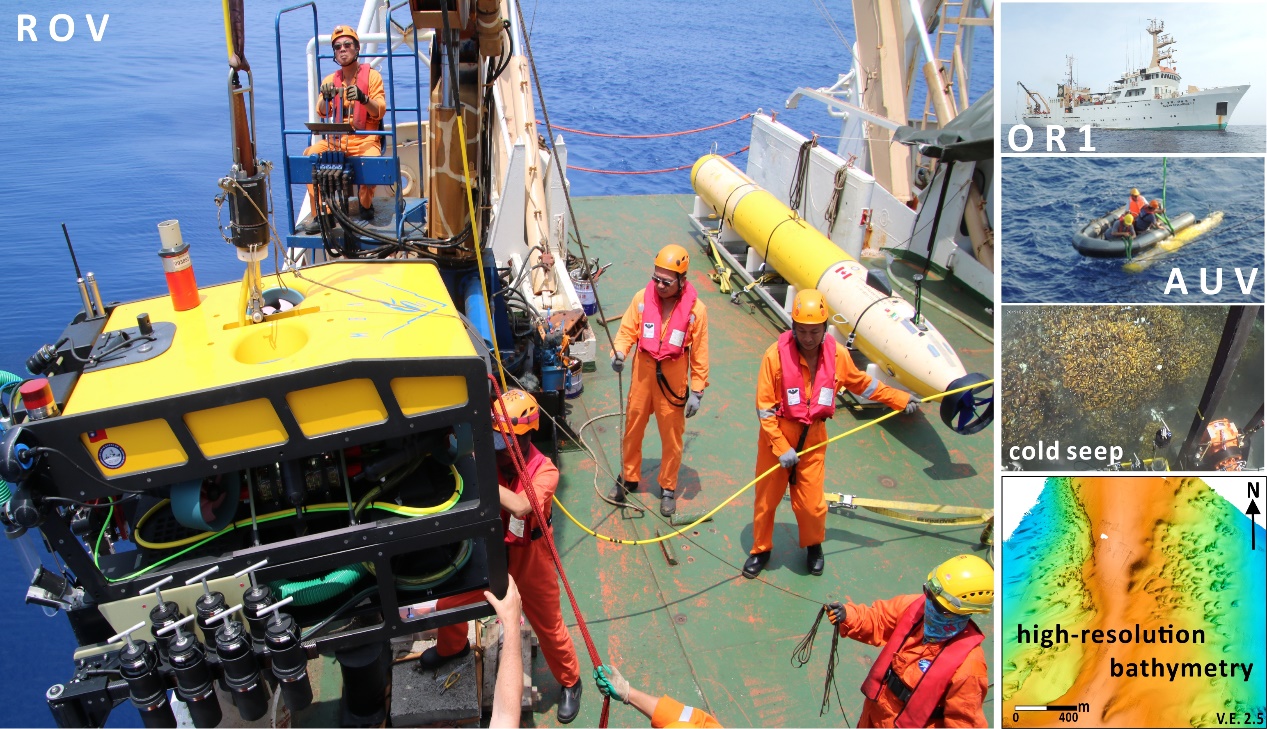 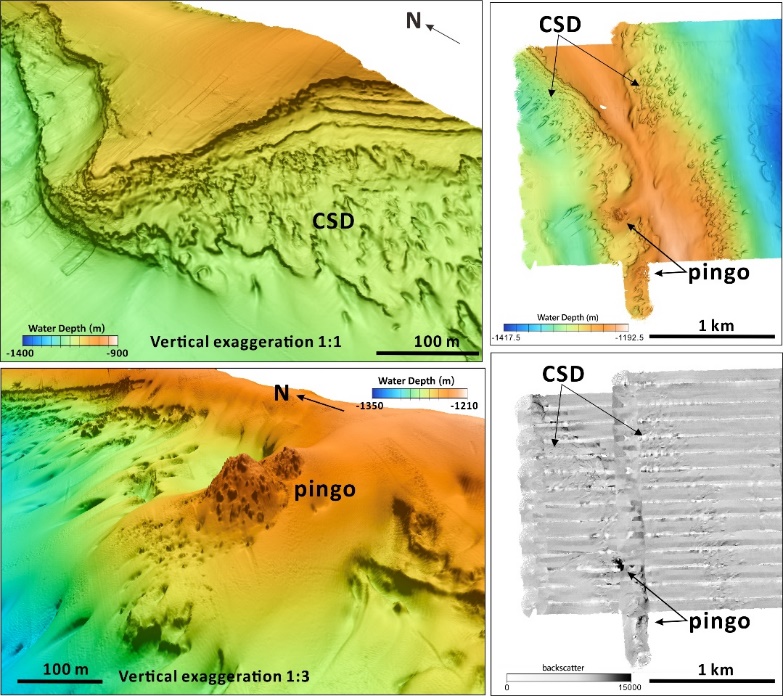 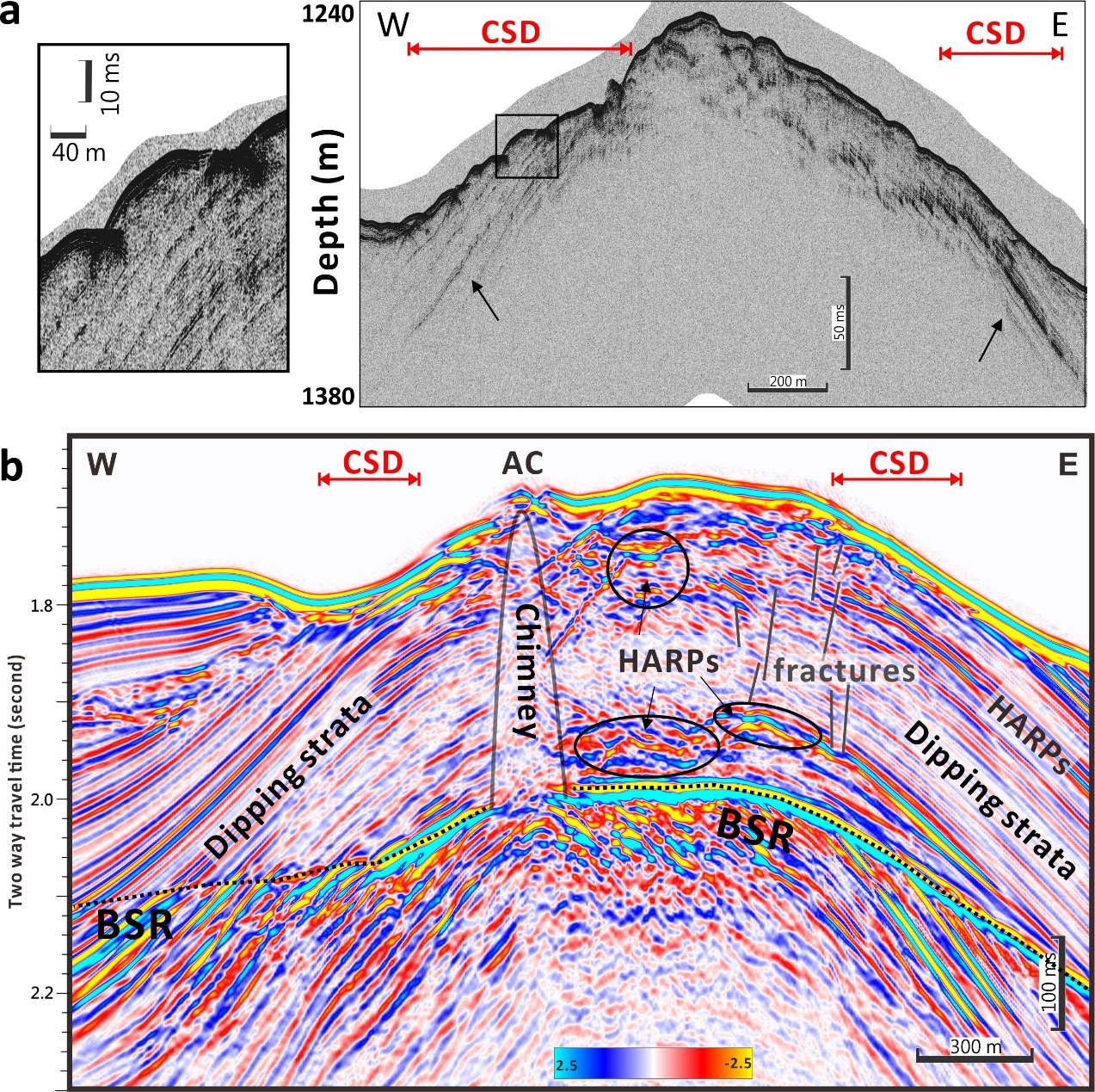