The underwater glider, a kind of unmanned underwater vehicle, has been used for ocean observations for more than ten years. It was not until 2015 the Ministry of Science and Technology (MOST) sponsored the Marine Exploration Instrument Center at Institute of Oceanography, National Taiwan University (IONTU) to purchase a Kongsberg Seaglider (Photo 1) to supplement the observations of the MOST granted integrated project “Observations of the Kuroshio Transport and Variability (OKTV).” The drone was aimed to collect data of hydrography, dissolved oxygen, fluorescence (can be converted to chlorophyll concentration) and back scatter of light in the water. After the vehicle finished its first cruise along a triangle tracks for two rounds (Fig. 1) in the Kuroshio east of Taiwan from December 2016 to March 2017, it was accidentally caught by a local fishing boat in Taitung just before the scheduled recovery day. Fortunately, the fishermen sent this giant “yellow corn” to a nearby coast guard corps that later returned it to the team. During her first 87-day survey, the drone completed 434 dives along two triangle tracks with a total horizontal distance of about 2,095 km—equivalent to the distance from Taipei to Tokyo.

This high-resolution hydrographic data set helped the research team found dramatic interleaving layers in the hydrographic section beneath the Kuroshio’s primary velocity core. This observation revealed that two dissimilar water masses that encountered in the Kuroshio between 500 and 800 m depth did not blended together quickly; instead, initial disturbances in their interfaces generated intrusions of the two water masses to each other through a double-diffusive process. Each intrusion layer ranges from 10 to 100 km long with a thickness of about 50 m. This finding and associated dynamic analysis was published in the Nature series journal Scientific Reports (https://rdcu.be/bNa16) on 6 August.

Indeed, more and more studies have indicated that submesoscale processes such as those observed in the Kuroshio are key to shaping physical, biological, and biogeochemical parameters in the ocean, which are crucial to global climate change projections. The team’s first glider observations inspire not only novel physical and biogeochemical research topics related to the western boundary currents, but also new dynamic parameters for improving the prediction of climate models.

The operation of the glider and observation of the Kuroshio helped the research team expose to the international community, and, consequently, the team was invited to join the global OceanGliders Boundary Ocean Observing Network (BOON), taking the responsibility for long term observing the Kuroshio off the east coast of Taiwan. The team leader－Director Sen Jan of the institute－were also invited to be the member of the BOON Steering Team. For a bit of history, OceanGliders (oceangliders.org) was started in September 2016, and is a component of Global Ocean Observing System (GOOS).

The successful Seaglider operation/observation is a great leap in Taiwan’s underwater observation, bring Taiwan’s ocean exploration to a new era about 20 years after the participation of the WOCE. Added to another team’s buoy array, the Seaglider also enhances the mobility of typhoon observation network in the western North Pacific, as well as her capabilities in national defense and submarine operations. Accordingly, this 2-m-long, yellow corn-like glider, featuring quasi-artificial intelligence and seakeeping qualities, is not something to be underestimated.

Photo 1. The first Seaglider sponsored by the Ministry of Science and Technology and owned and operated by the Institute of Oceanography, National Taiwan University. 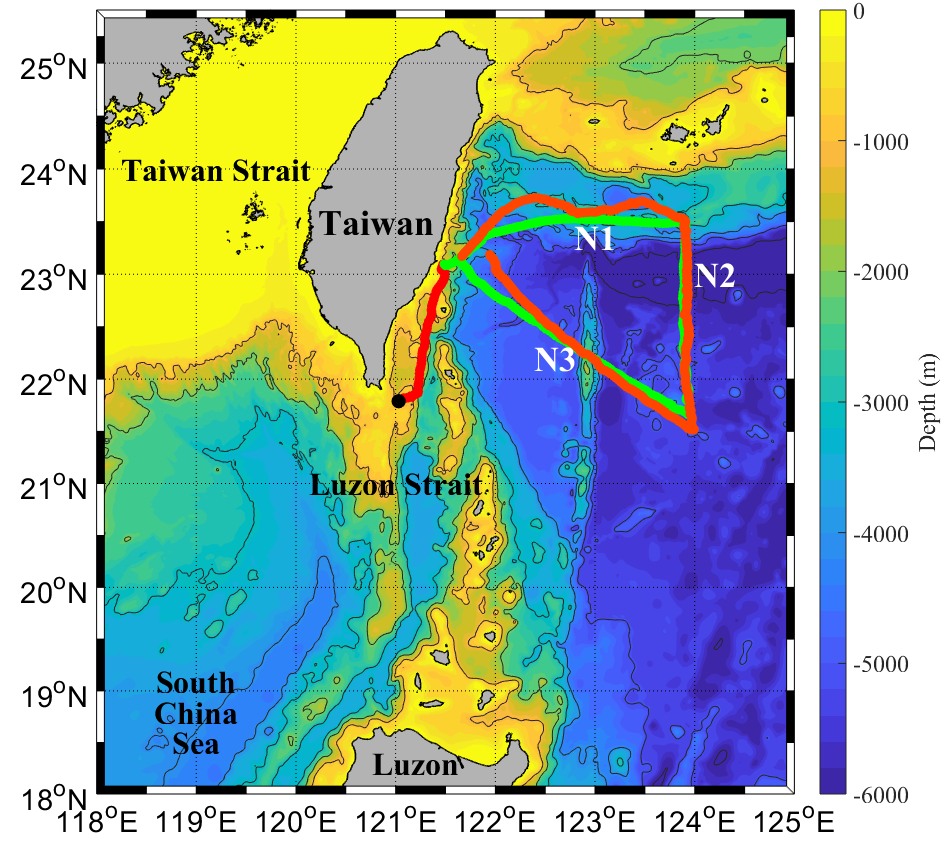 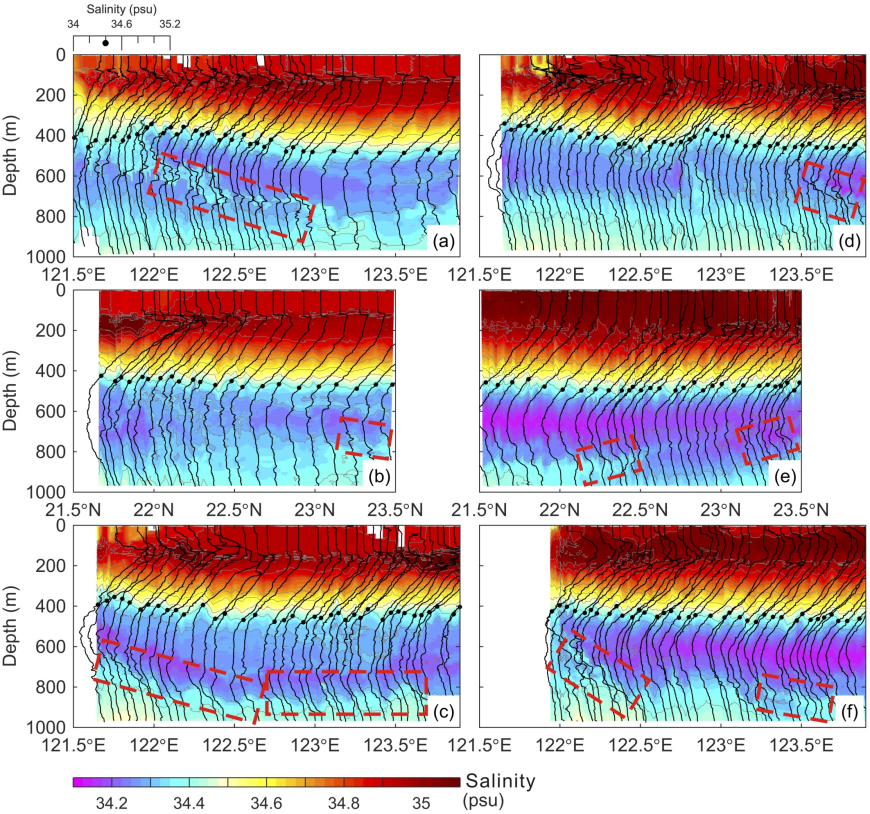