“Haste makes waste” in the evolution of typhoons

Two functional-improved data buoys, assembled and deployed by a research and technical team at National Taiwan University (NTU), survived from fierce wind and sea state of Super Typhoon Nepartak (Category 5) in the western North Pacific, and successfully recorded crucial air and sea variables within a few kilometers from the center of Nepartak. The unprecedented dataset provides new insights into the air-sea interaction during extremely strong typhoon wind and helps reveal the evolving processes of typhoon’s strength, which is recently published in Nature Communications.

Typhoons that arrive at the Philippines, Taiwan, China, Korea, and Japan threaten nearly 1 billion people living in coastal areas. Using observations to provide in situ data to the weather forecast center and to enhance our knowledge of air-sea exchanges during extremely strong winds and, in turn, increase the accuracy of the typhoon forecasts is crucial to providing timely warnings to the public for disaster mitigation. However, setting a vessel or instruments to chase a typhoon in the ocean is similar to a “belling the cat” problem, which is almost “mission impossible”. To overcome the dilemma, an anchored atmosphere and ocean observing platform is likely a solution. With this ideal in mind, scientists and engineers at Institute of Oceanography, NTU re-designed an old Autonomous Temperature Line Acquisition System (ATLAS) with specifically designed real-time data acquisition and satellite communication systems mounted on an used buoy of ATLAS (Jan et al., 2017). The team, led by Prof. Yiing Jang Yang, deployed two functionally improved buoys in the western North Pacific and both buoy amazingly captured Nepartak in July 2016 at distances 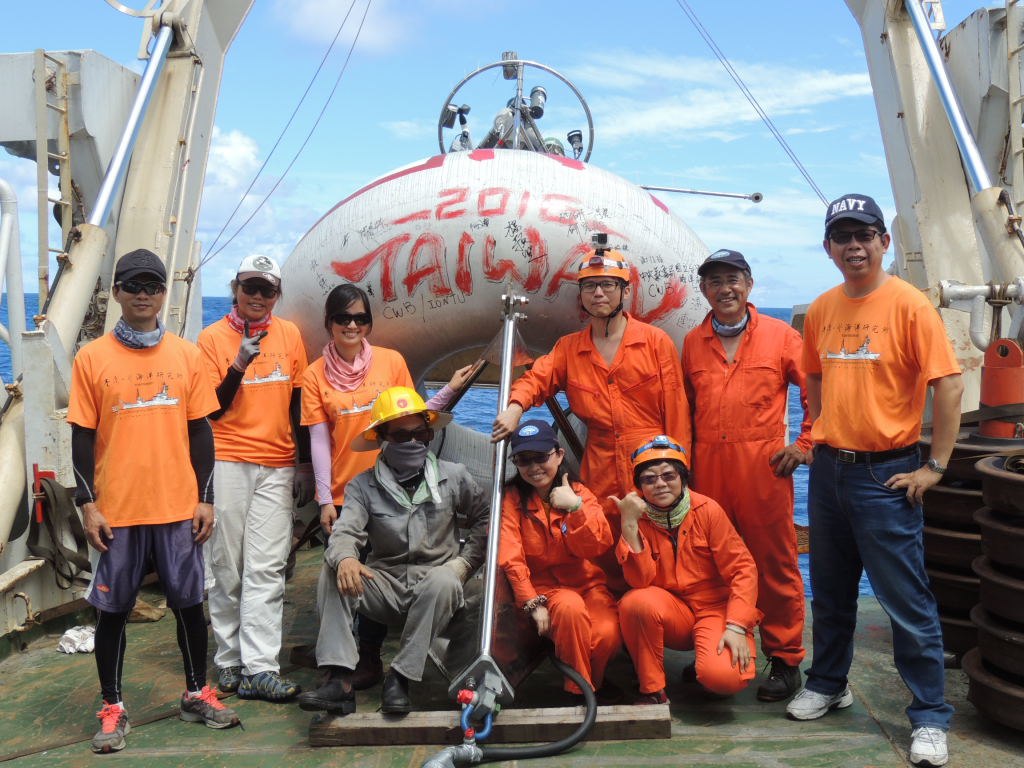 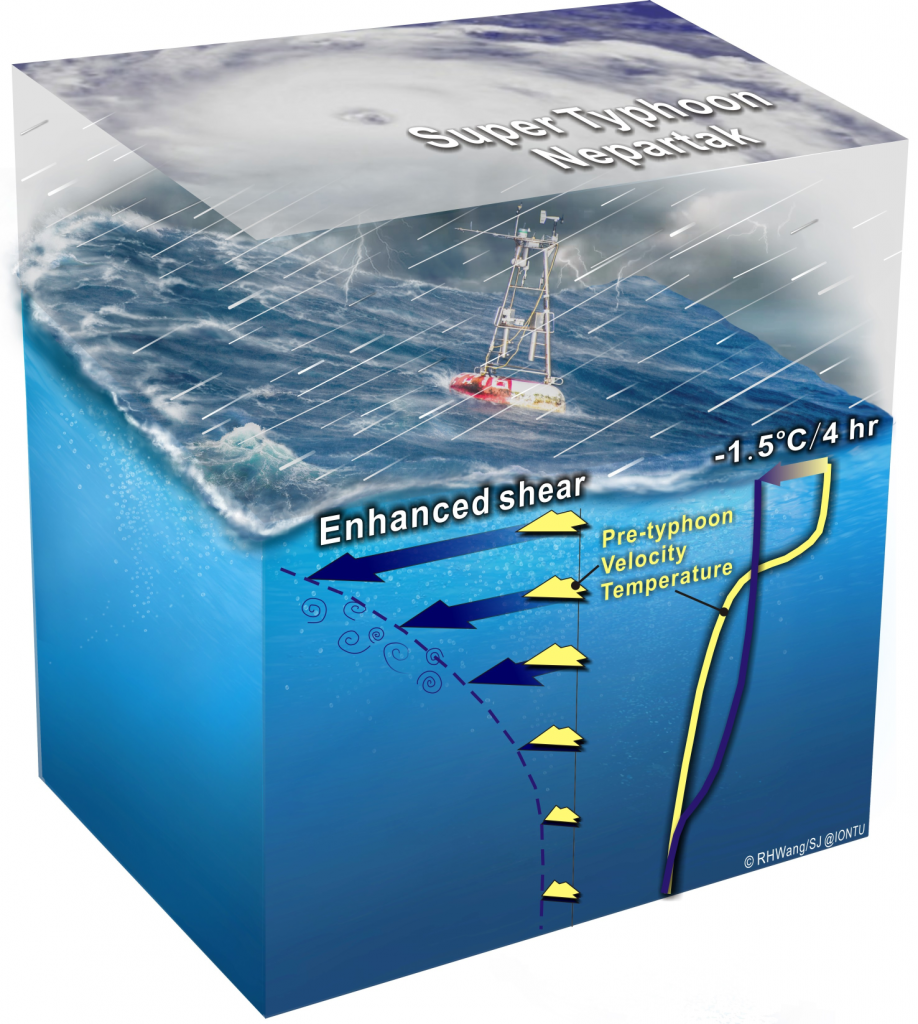